The important of vitamin D in keeping depression at bay as people age is confirmed in the results of this new study.

Researchers at Trinity College in Dublin, Ireland found a deficiency in vitamin D among the 4,000 study participants 50-years-of-age and older equated to a 75% greater risk of developing depression. 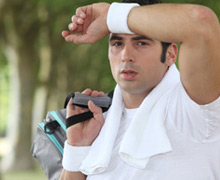